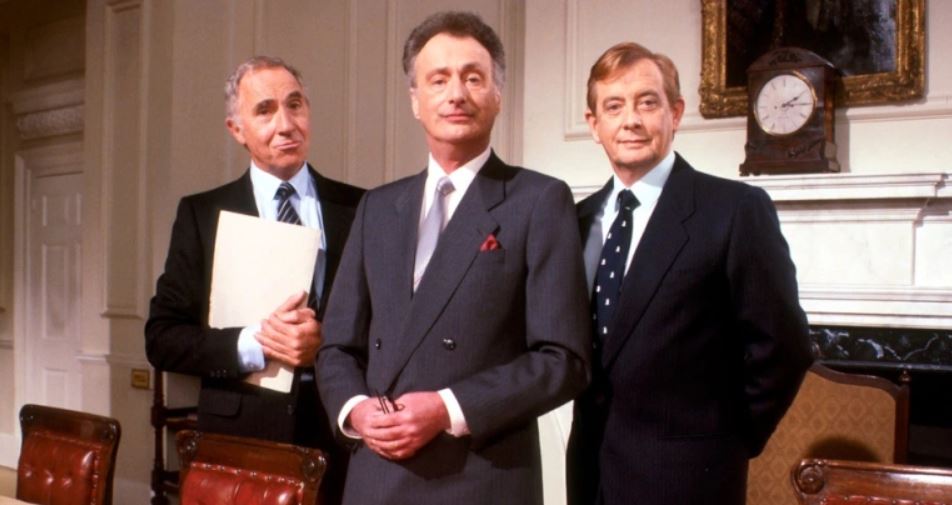 I must admit from the start that this month’s review is of a very old TV show. However, is now available as a podcast, so it fits within my remit. Well, that is my excuse, and I will stick with it.

What am I talking about? Yes Minister and Yes Prime Minister is the funniest political show ever written. Why did I listen to this? I hear you say. Politics can be tedious and boring, but the last few months have given us a lot of entertainment. With the current political upheaval we have all gone through. The months of Boris going, staying, telling his truth. Then of course the leadership battle, I wanted something a little lighter to listen to.

What I found more interesting is how many issues the show discusses in each episode that is still relevant to our current political landscape. My favourite phrase from the show, which was created in 1980 and ran until 1984, is “We will learn from this and move on” – sound familiar? Can I suggest to our current batch of politicians that they listen to this series of shows, learn the lessons, and let us actually move on?

For those that have not heard of the show or forgotten it. Yes, Minister and Yes Prime Minister is a political comedy show. Described by Mrs Thatcher as the best and most accurate TV show on the air. The show takes a light-hearted view of the bureaucratic red tape that most governments must adhere to.

What is Yes Minister about?

Jim Hacker is a politician. His major concern is the next election. Then how will he look on TV? What have the papers printed? Will the radio have a good soundbite? Jim may run his government department however he likes unless he has a plan, strategy or idea that will disrupt the smooth running of the civil service, which is all the time. (Sound familiar?) Then there is Sir Humphrey Appleby, the Civil Servants, his private secretary, who is there to guide and support him. Still, sounding familiar?

The episode where the old prime minister is being ousted from the role and the civil servants are trying to decide who should be the next PM is priceless. I am not sure why Boris or Liz are coming to mind. But the Civil Servants are after a politician that will take advice and instruction and can be helped to see events from their perspective. The leaking of information was used as a weapon to control and manipulate Jim and Sir Humphrey, depending on who leaked the information. Indeed, Tony Blair even stated that the only time he had a conversation when he was PM and was confident the information would never get leaked to the press was when he would speak to the late Queen.

My Thoughts on Yes Minister

The show is a masterpiece of humorous, intelligent quips. They are fast, and you have to keep your eye or ears open for them. If you are looking for a bit of political light relief from the dry political landscape we live in today, listen to these episodes; you won’t be disappointed

There are links on this page to Amazon where you can purchase the DVD set. I may get a small commission from your purchase.

Do you want to write a story?