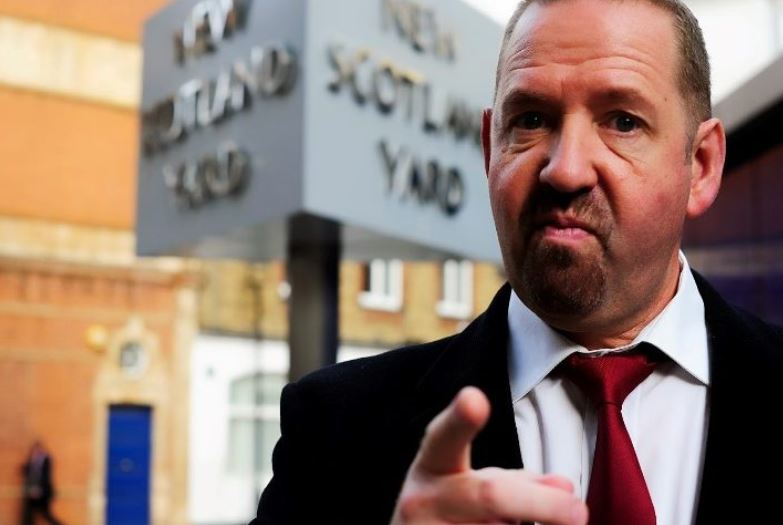 It’s a Fair Cop is this month’s review of a hilarious podcast from BBC Sound by the ex-police officer and now comedian Alfie Moore. However, from this short introduction, you already know that I love it. It’s funny, and I recommend you listen to it.

As an ex-Police Officer in Humberside for 20 years. Alfie uses his podcast it’s a fair cop to swears you ‘in’ as a Police Officer for the session. During the session, he picks on one piece of legislation. Furthermore, he explains the legislation via a case he has investigated. Additionally, he asks the audience what they would do and the ramifications of their actions. Each episode is fast-paced and full of information.

The themes covered are of a grown-up nature and cover most aspects of lawbreaking, from speeding in a car to breaking and entering. Naturally, names have been changed. The audience is asked their opinion of what they should do and the consequences. It was amusing that many of the responses seemed to reflect what each person did for a living. For example, one member of the public suggested that a drug addict stays in the Police Cell as he was ‘kicking off’ until he calmed down. His chosen career was as a paramedic. If he was in an ambulance, the paramedics would have to calm them down instead! Clearly, Alfie’s delivery is amusing, fast, and very thought-provoking.

Undoubtedly, my favourite episode of It’s a fair cop must be from Series 7, episode 2, entitled Custody Officer.

A drunk in the cells was ‘kicking off’ and keeping everyone awake. The custody sergeant instructed Alfie to bring the drunk to the courtroom (which was in the same building as the Police Station). Before this, a box of dressing-up clothes had been stored at the Police station. A key point to this story is that part of this haul was a moose’s head. Alfie duly did as he was told, handcuffed the drunk, and brought the drunk to court. Someone then entered the courtroom from the judge’s chambers.

Obviously, wearing a judge’s robe and the moose’s head and looking at the drunk. Immediately, the judge got a black handkerchief and laid it on his head. He pointed to the drunk and sentenced the drunk to death.  They took the drunk back to the cell and heard nothing afterward. I know it’s all in the delivery!!!

This is an uplifting comedy series that looks at our current legislation. It turns it upside down and puts a comedy spin on it. There are seven series currently. Despite this, I got through them in about a week. Also, I have gone back and listened to some of the episodes twice as they were that good. Listen to this series if you find life difficult or just want a laugh.

It’s a fair cop is available on Audible, Amazon, and BBC Sounds. Highly recommend it.

It’s A Fair Cop is Available